Have you been planning to get that carpet in your place a thorough clean? You’re probably in need of knowing how to get mildew smell out of carpet padding after discovering some organisms are now multiplying underneath.

Contents show
1 Easy DIY Steps On Taking Mildew Smell From Carpet Paddings
1.1 Step #1. Identify all the padding with mildew
1.2 Step #2. Clean the mildew
1.3 Step #3. Deodorize the paddings
1.4 Can mildew penetrate carpet paddings?
1.5 Can you detach paddings from the carpet at home?
2 Conclusion

There’s no mistaking that our footwear is the outfit that returns the dirtiest after a days’ routine outside. After all, they carry you anywhere you go, touching pavements that dozens of people, animals, and vehicles pass through. 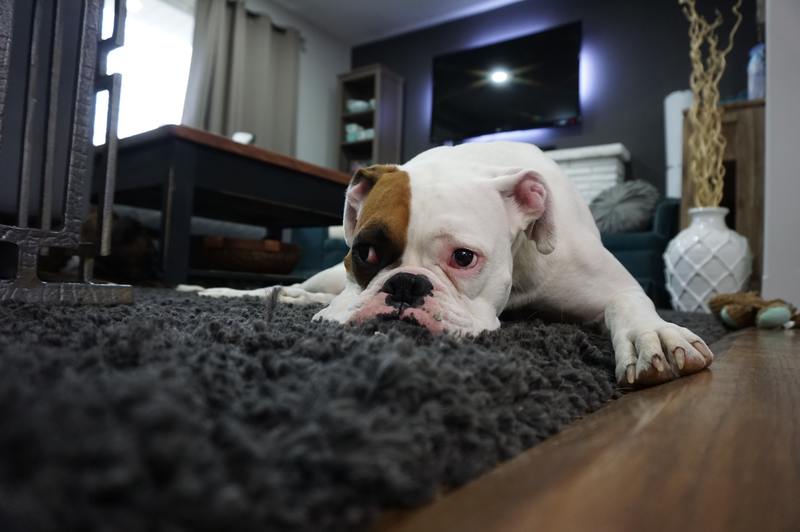 Now, it’s lucky if you and everyone you’re staying with are so disciplined to leave such footwear outside the door. If you’re not, then chances are your carpets are becoming attractive grounds for bacteria, dirt, and molds to accumulate.

Mildew shouldn’t be of concern if your carpets get cleaned often. After all, fungi produce mildew after some time of taking root to a particular surface.

However, if the mildew has already gotten stuck in the carpet for a while, the smell is the first flag that can alert you of their presence. If a musty smell starts wafting in your nose every time you come home, then the mildew may be beyond just your carpet’s surface.

Check the following steps to remove the smell from the padding of your carpet.

Step #1. Identify all the padding with mildew

When the musty smell comes around frequently and intensely, it can signify that it’s been a long time since they set in the carpet. The process of dealing with the smell from the mildew starts with finding the source of the scent.

The first spots you should check are near water sources like the kitchen and bathroom. You should also look under carpets that run on top of pipes that could be leaking.

Carpet paddings are installed under carpets so if possible, roll the carpets that had gotten wet or spilled over lately and take them outside. After which, you can then clearly see and check which padding areas have mildew.

You might want to check this article regarding what does mildew smell like, so you’re sure that it’s actually mildew that’s been bothering you.

After you find which padding needs attention, you can now start cleaning. While mold and mildew technically don’t eat out of materials, they are usually accompanied by other damaging organisms.

If the paddings are in good condition despite the mildew covering them, proceed with cleaning. However, if the paddings have damage, with holes, excessive tears, or deflation, assess first if it’s still usable.

Cleaning carpet paddings should follow a suitable process for the type you have. However, a general procedure will be to soak it with some water with white vinegar, scrub with soap and water, then fully dry.

The musty smell from the mildew would often go away after a thorough and critical cleaning. There can be instances that the padding is long soaked with mildew that the scent sticks into the fabric or material of the carpet and paddings.

In such a situation, the first thing we’ll recommend is to hang the padding out on the sun, which means you’ll need to remove them from fastening first. The smell can come from fungi stuck in their inner parts.

Another thing you can do is to get deodorizers for it. There are a couple of available deodorizing products on the market, specifically for carpet pads.

A natural remedy for the musty smell is activated charcoal(usually from coconut) and silica gels. You can use them by putting the paddings on a bag, then placing the deodorizers in there and sealing them.

After the smell has gone completely, you can properly return the paddings and the carpet on top, which should be clean, too.

Yes, if you leave mildew alone in your carpet, the fungi can expand its territory towards the padding and settle mildew in there. Simply put, the longer you leave them, the more of them there’ll be, the worse the smell will get.

There could be other spots in your house that are the source of mildew other than your footwear. See this article on how to pressure wash a house with mildew and do a full sweep.

Can you detach paddings from the carpet at home?

Even if they were present before you came into possession of the house, those paddings haven’t always been there. If they can be attached, they can definitely be removed!

The question that should pop up there should then be whether you can do it correctly by yourself and return them well.

You can attach the carpet paddings at home with a bit of help. However, it would help if you have patience and consideration for a little less than perfect as professionals do it.

We’ve thoroughly covered the process on how to get mildew smell out of carpet padding, which you can do anytime at home. It might take long hours to finish this task, especially for widespread infestation, so make sure you reserve enough time on your day.

If you keep the carpet dry and clean regularly, then there’s a low chance of having to labor against mildew on paddings again.