Playing to pass the time is a relaxing habit; but isn’t it worrisome when you don’t know how to fix water damaged piano keys after spilling fluid into your instrument? You’d probably just wipe it off if there’s only a little spilled, but what happens when it gets soaked inside?

Contents show
1 Steps For Repairing Water-Damaged Piano Keys
1.1 Step #1. Open the key compartment
1.2 Step #2. Take out all the keys that need repair
1.3 Step #3. Clean the keys and return them
1.4 Step #4. Coat the keys and reassemble them
1.5 What happens when a piano gets wet?
2 Conclusion

Learning a particular instrument from a young age has been a staple valued add-on activity that parents wish to grant their young. Even young adults who had just finished their degrees get themselves one and learn to play on their own. 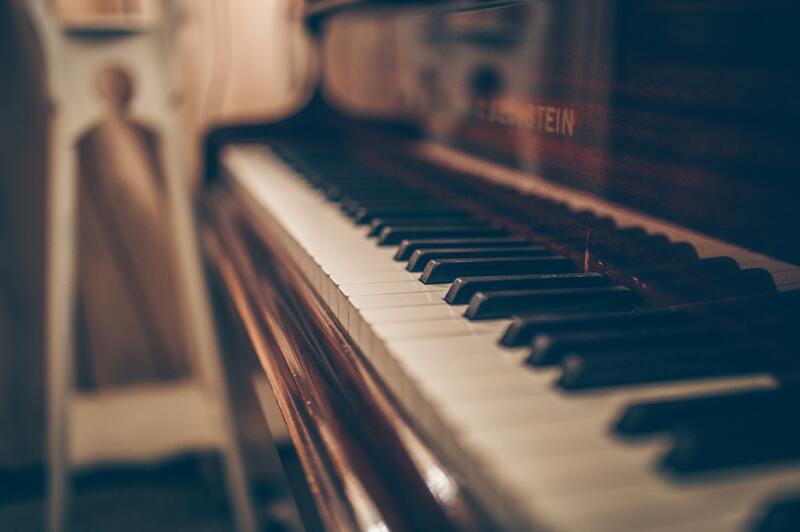 Being familiar with musical instruments has become a basic skill that pianos are widely available and commonly present in family homes. Consequently, accidents around them are also common occurrences, and dealing with them should become easy and convenient.

Water causes different kinds of damage compared to excessive forces. When you smash something brittle with enough strength, you’ll see the change, or in this case, deformation, almost immediately.

On the other hand, water and other liquids work their way with microorganisms and time. This change doesn’t become apparent for organic things such as wood until the damage has reached an irreversible point.

Here’s how you can repair piano keys that have sustained water damage.

Depending on the model and type of piano you have, you might need to unplug it first from the electrical power supply. If you’ve spilled water on it, turn it off immediately.

Assuming that your piano(especially electric ones) survived the exposure to water, you’ll need to disassemble it to remove the keys, including all the water-damaged ones.

Disassembling is a very intricate job as you wouldn’t want to cause further damage to the unit. Unless you deem it extremely necessary, ask for a second opinion, especially from an expert.

Note the order by which you removed the piano parts; every screw, hinge, wire, or string must be identified and properly labeled. Putting the instrument back together will be impossible if you don’t do that much at the start.

Step #2. Take out all the keys that need repair

After opening up its compartment, you can remove all the keys you want to fix. Since water damage on piano keys typically happens from the underside, you can take this chance to assess whether each key is still repairable.

Water can invite organisms that cause rotting; plastic keys wouldn’t be affected by such a phenomenon, but wood and similarly biodegradable materials are subject to it. With time, uncoated wood will soften and eventually give away from the excessive moisture content.

If the keys can still work, dry them out either with natural air circulation or lock them somewhere with a desiccant that can absorb the moisture. Removing the excess water should help the keys become sturdy again, so dry them as much as the material of the keys allow.

You can dry the keys out in the sunlight, and for ivory keys, this can double up on whitening the keys.

Meanwhile, you should pick up some tools and clean the other keys left on the instrument. Make sure you don’t use any liquid or substance that can cause harm or you can’t wipe off later on.

Step #3. Clean the keys and return them

Trying to clean wet keys may only cause more problems, so you’ll have to wait until they’re completely dry. Use a clean cloth that doesn’t leave the fiber to clean the keys well.

Don’t use any more liquids that can return the excess moisture you’ve dried off on the underside of the keys. On the upper side, though, it’s fine to use a small amount of liquid to clean all the dirt, oil, and fingerprints left since they’re coated adequately with protective substances.

Whiten the keys with a proper solution depending on their make-up, then let them dry thoroughly.

Step #4. Coat the keys and reassemble them

After you’re done drying, any deformed keys should return a bit to their original state and should be strong enough for playing again. You can coat them with a water-resistant substance if the mechanism by which they produce sound wouldn’t get tampered.

Return all the piano parts according to your previous notes, then test out if it’s still working. If so, test whether it’s making the same authentic sounds and if not, refer your unit to a professional.

Another article you should consider reading after is how to clean a water damaged acoustic guitar.

What happens when a piano gets wet?

If you have an electric piano, you should consider water an extreme enemy. While such units don’t typically use wooden or other organic parts, their sound and operability rely on electricity.

Rarely do these electric pianos survive getting soaked as their hardware gets fried or short-circuited with the water, especially if it’s plugged when it got wet. To avoid destroying your instrument, you should avoid carrying liquid when you’re working on it.

Acoustics have higher survivability from water, though. However, water can still bring molds and other degrading bacteria to them.

Click on this article to find out how to inspect for signs of mold after water damage, even in your piano.

Now that you’ve found out that it’s taxing just learning how to fix water damaged piano keys, you might want to reconsider carrying liquids around. You might also want to consider buying pianos that are already coated wholly against excessive moisture.