It is very frustrating if you don’t know how to fix a water damaged phone screen — knowing that the phone’s touchscreen is in charge of accepting input from outside touches.

Touch screens are nice when they work, but when they don’t, all of that ease of use goes out the window, and irritation sets in quickly. The main issue is that the touch screen is the only way to communicate with your phone or tablet for specific devices. 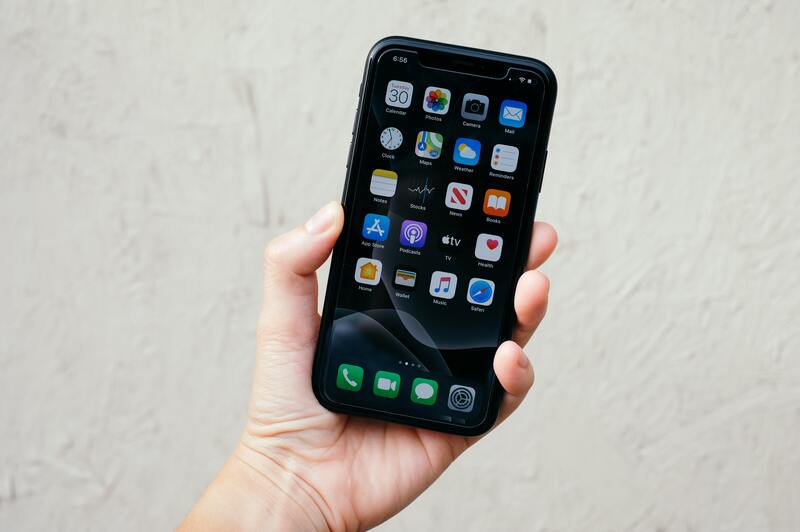 Liquid can enter the phone screen if a cell phone is dropped into water, such as a toilet or swimming pool. If the mobile phone is exposed to extreme humidity, moisture can condense on the display screen.

If you remove the water as soon as possible from the display screen, there is a slight possibility of irreversible harm to the phone. When it abruptly disappears, it might feel as if you’re completely locked out of your device.

While there are certain circumstances when an unresponsive touch screen necessitates expert repair, you may take various measures, ranging from simple to complicated, to get things functioning again.

How To Determine Whether Your Phone Is Water Damaged

Most phones contain a liquid contact indicator, which is just a little sticker that changes color when it comes into contact with water and is generally located close to the SIM slot. Whether the sticker’s color has changed, you can detect if your phone has been water-damaged.

When your phone is damaged by water, there are numerous things you should do. Here are some items of what you should be concerned about.

Step #1. Turn off the phone

When your phone has been water-damaged, you should turn it off as one of the first things you should do. Other hardware components are destroyed while you are attempting to use the phone.

The liquid in the damaged area of the screen might cause a phone circuit issue. The short circuit will also impact the phone’s internal components.

Step #2. Remove all the accessories

Remove all of the phone’s components, including the back cover, battery, and the sim card tray. Open all those areas to enable the phone to breathe and identify any possible moisture surrounding these sections.

If any of these components are moist, dry them using a clean, dry towel.

Place the water damaged phone in a plastic bag or container packed with rice. The rice draws moisture out of the phone, which helps to enhance the display and prevent future deterioration from moisture.

Depending on the amount of water damage, let the phone in the rice for up to 48 hours. You can also use the vacuum and silica gel method.

How Water Affects The Phone Screen

Excess moisture, or a drop of water, may be seen by capacitive touchscreens like a finger contact is. Wherever moisture is present, the screen registers a touch.

After being dropped in water, a smartphone’s touch screen might become unresponsive.

When a phone is put into water, the liquid penetrates the components and hardware, causing the device to stop working. Water can potentially damage and render the touch screen inoperable.

Short-circuits caused by minerals in the water can cause the screen to become unresponsive, affecting the touch control circuit on the screen’s assembly. In many circumstances, the screen will need to be replaced.

Does Water Damage Cause Ghost Touch

Water damage to your phone can produce ghost touch because of short circuits or broken internal contacts caused by water inrush between the phone’s body and screen assembly or connections. Ghost touch occurs when your phone responds to motions you never performed, resulting in things like text being entered or applications launching independently.

Ghost touch can also cause some screen areas to become completely unresponsive to your touch. Water can also harm the digitizer, a tiny layer of glass on top of the screen that translates your motions into a digital signal that the phone understands.

Rice absorbs water and provides an ultra-dry atmosphere. The rice will absorb moisture and dry off any water damage to your phone screen.

This method works for most electrical items that have been contaminated by water. Allow the screen to soak in the rice for 24 hours.

You can also use the blower method. Remove all the components of your water damaged phone, including the motherboard.

Check if the LCD connector is water damaged. If so, get a thinner and a soft brush.

Put a small amount of thinner to the brush and start brushing the LCD connector. After brushing, use a blower to dry the other parts and put all the components back to check if your problem is solved.

If this method is not working, LCD replacement is the last option.

After reading this article, you can now answer your question “how to fix a water damaged phone screen.” Most Android phone touchscreen problems may not be resolved by removing the screen protector and wiping the screen with a soft, slightly wet, lint-free cloth.

If it doesn’t work, you may attempt the other methods mentioned in this article to resolve the problem.