If you want to know how to dispose of sewing needles, you must learn how to prepare them and then the actual disposal itself. This article will also tackle what to do with other sharp items you use for sewing.

Do you want to know how to extend the lifespan of your sewing needles? If your needles are not meant to be used yet, read how to store sewing needles properly until a project needs them. 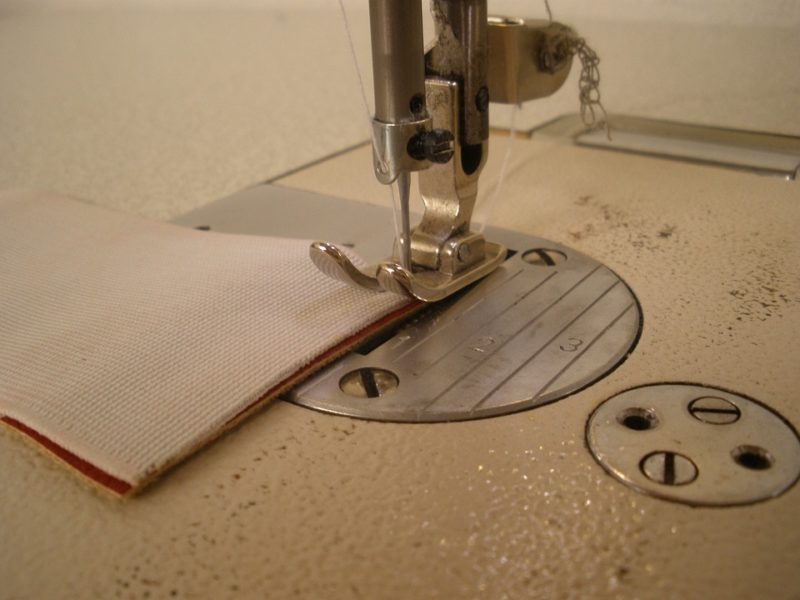 How To Dispose Of Sewing Needles Properly

Place the used, blunt, or damaged sewing needles inside a case like an old medicine bottle or a small candy container. Do not throw bare needles in the trash because they are still sharp enough to injure someone accidentally if they poke out of the garbage bag.

You need any small container that you can tape shut for the needles. Avoid putting bare needles in bags, or at least wrap their pointed ends with cardboard before putting them in sealed bags.

You can also collect the needles and tie them up together before putting them in one container. Then, seal that container with tape, and label it as sharps to warn other people in the household.

Place the contained needles inside the garbage bag and ensure that this bag is out of reach of pets or children. While these needles are not used for medical purposes, you can still consult the FDA’s Dos and Don’ts of sharps disposal.

This means never to flush your sharps into the toilet, and they shouldn’t be thrown as-is in garbage cans. In general, as long as they are sealed inside a labeled container, you can throw away your sewing needles with other trash.

But if you’re still unsure, why not consult your local disposal management? Since needles are metal, some recycling centers might accept them, but it’s best to ask them beforehand.

What To Do With Old Needles

Because sewing needles are still sharp, they are not easy to upcycle. Perhaps you can reuse them as temporary pins, but only if they won’t damage your fabric.

You can also use old needles as tacks for papers or wall decor, but make sure they’ll be pushed through securely. You don’t want random needles lying around the household floor.

It’s better to just dispose of sewing needles properly if they are broken, bent, or rusty. Please read how to change a sewing machine needle as well, so you’ll know when to replace the one on your machine.

How To Recycle Sewing Needles

Since they are not as hazardous as medical needles, it might be possible to recycle sewing needles. You can call your local recycling center to see if they will accept used sewing needles.

The websites of recycling centers will usually have a search bar where you can input sewing needles to see their recommended disposal practice for it. If they didn’t indicate that the needles are recyclable, pack the needles securely before putting them in the garbage bag.

How To Dispose Of Knitting Needles

On the other hand, you can throw away broken knitting needles the same way you dispose of sewing needles. Pack them accordingly before putting them in the general household waste bin.

Please note your community’s schedule of garbage collection. And if you’re feeling creative, it should be easy to find various knitting needle upcycling projects online where they are turned into accessories or even tags for the garden.

How To Dispose Of Rotary Cutting Blades

Place the rotary cutting blades in any sealed container and tape it shut to avoid having the blade poking out of the garbage and potentially injure someone. It would be best if you also labeled it as sharps to notify your garbage handler.

And since they’re made from metal, try contacting your recycling center or those that take in scrap metals. Ask if they will accept old rotary cutting blades or consider recycling the blades yourself.

How to recycle rotary cutting blades

Use the rotary cutting blades for cutting other items like paper and thin plastics for crafts and projects. They might not be useful for cutting fabrics, but more delicate materials such as paper should still be easy to cut with rotary blades.

You can also grind the rotary cutting blade’s edges to make them blunt for DIY projects such as wreaths, garlands, small chandeliers, and mobiles. Use your imagination to take advantage of the circular shape of these blades.

Always do this practice for throwing any sharp object from your sewing kit. The last thing you want is someone getting injured from loose needles or those that poke from the garbage.

We hope this was a helpful read, but feel free to leave us a question if you still have any. You can also browse our blog for everything related to sewing.