Are you worried about how to clean the lint from LG front load dryer? The lint that builds up inside and outside of your dryer can lead to a malfunctioning dryer and potentially a home fire.

Before starting a load cycle, begin wiping the filter screen to eliminate all the lint on the dryer. You can also clean this lint with your hand or soak the filter screen in the running water. Remove the exhaust hose rear panel and from your dryer machine after unplugging it. 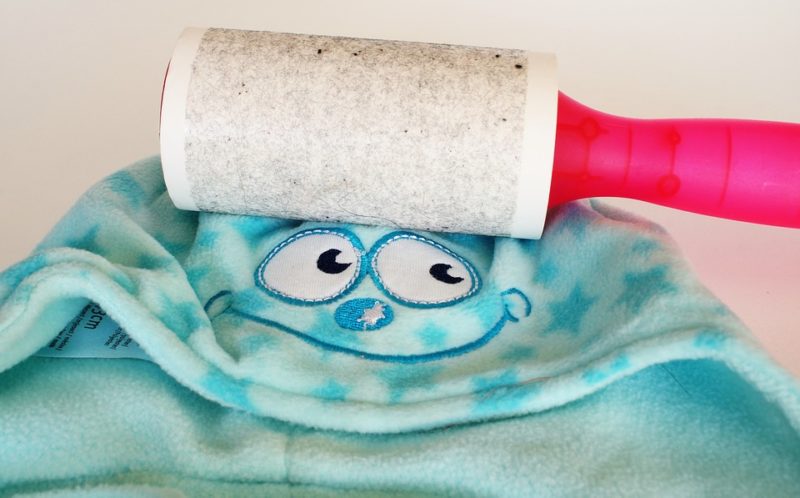 Wipe clean your dyer’s inside and exhaust sections using a vacuum and a cloth. At least once every six months, deep clean your dryer to get rid of the lint in the LG front load dryer. Yes, my friends, it’s all true about it. But that’s not enough to understand well. If you want to learn more about how to clean an LG front load dryer in detail, read this article at the end; as you further delve into the article, you get your answer. Let’s check it out!

Steps To Clean The Lint From LG Front Load Dryer

Step #1. Take out the filter screen

Take out the dryer screen; it is mainly located at the door’s side, bottom, or top. Before putting a load inside, make sure the screen is clean and free of lint. Then you have to hold the screen’s handle and take it out till it’s completely stretched. Most models allow you to pull it out for cleaning altogether. When removing the screen, use only gentle pressure. You should encounter a bit to no opposition. This screen does not perfectly fit again into the lint trap location if you stretch it too hard.

Step #2. Clean the lint with a hand

Wipe the lint from your clothes with your hands. Move your hand in a circular motion on the lint so that it changes into a ball form. Keep rubbing this ball over the screen until it removes all the lint. Throw the lint trash in the basket. You can also remove the lint on the screen by rubbing the brush over it. A vacuum brush also helps you eliminate this lint from the screen.

Step #3. Remove the lint by water

Clean the screen by rinsing it with water. If you noticed any lint leftover, then put this screen under the running water. If your screen is filthy, wash it with soapy water and wipe it with a cloth until your screen is immaculate. It’s time to remove dryer lint by reading this article and applying the steps provided therein.

Examine the lint trap while the screen is removed. For this purpose, use the vacuum with an extended attachment to remove any excessive lint or particles. The lengthy attachment vacuum reached any corner of the dryer and quickly pulled the lint. Put this attachment into the section where you noticed the lint, then press the button on the vacuum, you can get rid of any items that have accumulated. This step might help prevent a blockage in the area of the trap.

Repeat the whole step after every usage. Before starting a new cycle, ensure that your dryer is free from any trap or lint. It’s better to clean the dryer first and then run a new process; otherwise, the lint makes your clothes dirty, and also, your washer does not work correctly. It may be tempting to disregard the technique for lighter weights, but it follows the irrespective size of the load.

It may be helpful to read about how often to clean a dryer vent and how to tell if your dryer vent is clogged.

After cleaning the screen’s lint, check the dryer from inside. If you notice any lint or debris in it, then clean the inside of the dryer with a brush, vacuum cleaner, or a cloth with your hand. Don’t forget to clean the dryer exhaust vent, because mainly the lint is also gathered inside the vent, so clean it. Also, the lint is accumulated around the regions where heating elements are located, but handling or shifting wires should be done with caution. If you are going to clean the metal areas, use a cleanser, dipped microfiber cloth in this cleaner, and then clean the metal pieces to remove the lint.

Well, the steps mentioned above help you get rid of lint from your dryer. We were happy that you all learned how to clean the lint from LG front load dryer. We were hoping that reading this article is just fun for you and also you enjoy it a lot after reading it. Read this article carefully to understand, and don’t forget to wash your LG front load dryer before starting a spin cycle. Wash your dryer before and after every wash to keep away from lint. Thank you, friends, for being with us! Click on these links to read related articles; know how do I fix my LG dryer that won’t heat and how to clean LG dryer.