Shower grouts are vulnerable to mold and mildew due to the nature of their environment; hence, we’ll be teaching you how to clean mildew from shower grout. The first step is to put on protective gear, and we will indicate the rest of the steps below. 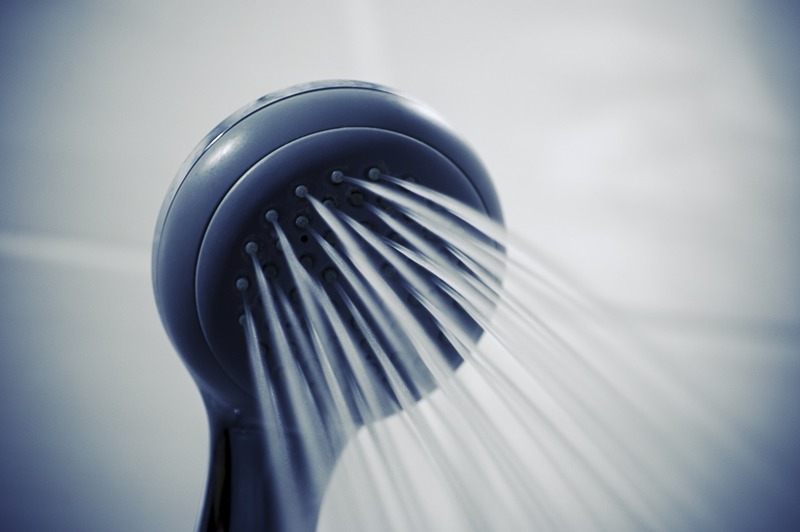 Mildew is a common type of fungus, like mold. Unlike mold, however, its colors are generally light.

Mildew also has two types of texture, which are powdery and downy. Both types of mildew are common to plants, but they can grace your household as well.

If you notice powdery mildew in your plants and you ask, “how do you treat powdery mildew on ninebark?” click on the article. The linked article will tell you what to do.

Mildew is known to be milder than mold. From its health to structural effects, it does not do as much damage as mold does.

Hence, mildew is generally easier to deal with than mold. You do not need a professional cleaning or removal service if you have a mildew problem at home, unlike when you’re dealing with mold contamination.

However, the danger is that mildew and mold can co-occur if left for an extended period. That specific situation is challenging to deal with and may require professional help depending on the extent of the contamination.

How Does Mildew Grow on Shower Grouts?

Mildew growth is generally due to moisture. However, it needs more than water to survive.

It also needs a food source, oxygen, and an appropriate temperature to grow. Like mold, mildew has spores that look for an environment that meets the criteria and settles on it.

Shower grouts are vulnerable to mold or mildew growth because they are constantly exposed to water. Moreover, they are rarely dried out and given attention to, so they develop dirt build-up.

This dirt build-up serves as a food source for either mold or mildew, making it easier for them to spread. From the water exposure to dirt build-up, mildew forms and spreads to other parts of your shower.

Mildew may be milder than mold, but it still has adverse effects. It can still cause allergies, and it may even encourage mold growth.

Mold growth is a vexing issue for homeowners because they penetrate the surface they grow on, which ruins these areas’ integrity. After mold contamination, the place will likely be weaker than before unless it’s replaced.

You have to prevent mildew and mold growth from happening. If they have already invaded your home, then you can do the following steps to get rid of them.

Protective gear is essential when dealing with household fungi. PPE is vital because exposure to either mold or mildew can cause skin allergies and respiratory difficulties.

Before anything else, put on a pair of rubber gloves, a mask, and goggles. Then, clear out the area you are going to work on to prevent accidents.

We also encourage you to inspect items that have been contaminated by mildew and separate them from those that were not affected. You can easily clean mildew off these items, so you don’t need to discard them immediately.

You should remove the dirt build-up on your shower grout first. You can do this by using a no scrub shower cleaning technique; here’s a guide in doing that.

The soap scum removal process also loosens up mildew growth, so it is necessary for cleaning shower grout. After that, rinse the mildew-contaminated area with warm water and leave it to dry.

Step #3. Use A Mild Cleaner

In the mold and mildew remover article mentioned above, you will also learn how proper the product is. However, if you opt for natural substances, that’s okay as well!

One way to clean mildew on shower grout is using tea tree oil. Blend water and tea tree oil in a spray bottle and spritz it on the affected area.

Let the tea tree oil mixture soak for an hour, then spray for a second time. However, this time, scrub the mildew off the tiles using a toothbrush.

Scrubbing will remove the mildew stains, and the effect of the tea tree oil will prevent future mildew growth.

What Are The Ways To Prevent Mildew Growth?

One of the best ways to prevent mildew growth in shower grouts is to get rid of the build-up. This build-up attracts mildew and mold because they are a food source.

Moreover, if possible, maintain your home so it won’t suffer from water damage. Water damage leads to multiple issues, and one of them is mildew growth.

To summarize, the last step on how to clean mildew from shower grout is to scrub the stains. You also have to let it dry because moisture may attract more mildew spores and return to your place of work.