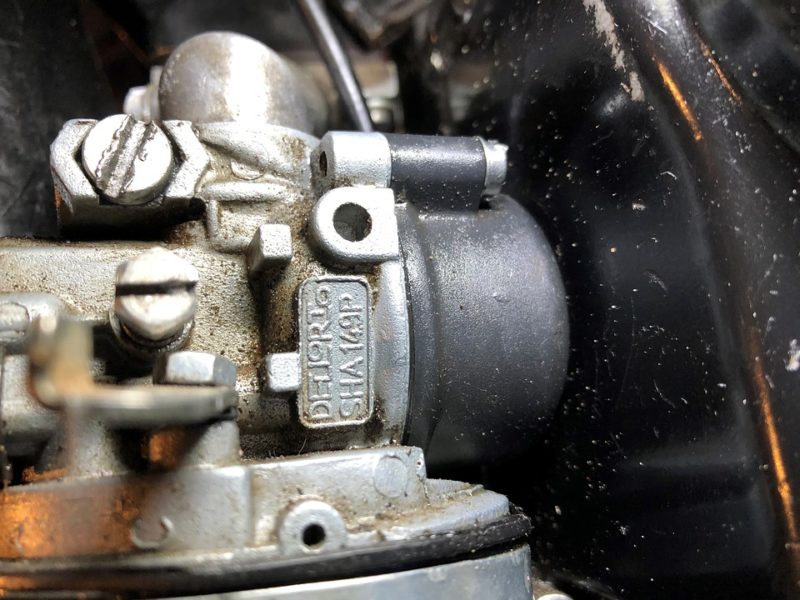 Understand that the carburetor is among the essential pieces in a gas pressure washer. It demands some attention from one time to another. Never leave it alone, or else it will become clogged. The pressure washer, later on, stops operating. Let’s begin to read this article!

Step #1. Removing the cap on a spark plug

Take the cap on the spark plugs away, thus avoiding starting the engine. Turn on the pressure washer fuel valve.

The next thing is to drain the so-called petrol. Eliminate the screw that holds the carburetor bowl that continues to the bottom. Let the bowl drain entirely into the container. Check the quality of the fuel. See if there is dirt, rust, old gasoline, and corrosion fragments. Varnish tends to build up underneath the carburetor bowl if the engine runs. You may also want to read about how to start a gas pressure washer and how to drain gas from pressure washers.

Spray the bowl interior of the carburetor using a carburetor cleaner. Wipe it until it is clean from sticky residue. Wipe moisture inside the bowl until it gets dry.

The primary jet route is where the gasoline enters and continues the combustion chambers coming from the carburetor. Take the jet away utilizing a flathead screwdriver that examines a channel. Prepare a plan when collecting it.

See if there is a clog in the jet channel. If yes, spray a carburetor cleaner onto it. Make use of a wire brush that eliminates gummed gasoline or particles. Avoid enlarging the passage at the initial dimensions. The gas travels through with a clean, beautiful, shining, round hole. You may also read about how to unclog a pressure washer.

Step #6. Spraying the rest of the components

Spray on the rest of the components of the carburetor. Make use of a cleaner to remove debris, blocking the jet and breaking free. Use a cloth when collecting an overspray.

Step #7. Servicing the topmost part of the carburetor

Above the carburetor is where you find the idle jet. Service it right away. The idle jet detaches from the top. Some are made up of plastic materials to push in. Plus, they seal with the O-rings. Then, pass the wire brush to the idle jet until you leave it clean. Clear the aperture.

Reassemble the carburetor as you screw the primary jet to its carburetor stem and tight it properly.

Step #9. Getting the gasket connected to a carburetor bowl

Ensure the O-ring or flat gasket connects to a carburetor bowl and body. Get the screws tightened, including the washer connecting the carburetor bowl. Never pull it excessively.

Step #10. Ensuring no gasoline is surrounding a carb bowl

Ensure no gasoline will wrap the carburetor bowl. Place another one for a spark plug. Turn its fuel valve again before you begin the engine.

Some symptoms and indications can tell you if a carburetor is clogged.

Sneezing or popping sounds come from a carburetor. It means to say a fuel and ait mixture go unbalanced. There is a popping noise, which means not an adequate amount of gasoline. It does not move throughout the carburetor. It then causes more hardships in the chamber.

A clogged carburetor is associated with a fuel not passing through the carburetor. If there is a leak from the pressure washer carburetor, it means something blocks the gasoline as it flows. The fuel starts to overflow the carburetor. Unclog it if you see it is leaking.

Gasoline and air do not move through if there is a blockage in the carburetor. That’s why a pressure washer doesn’t start. The problem is associated with a faulty component. A dirty carburetor is due to a pressure washer facing a starting problem. An engine does not run if clogging is in the carburetor. An imbalance in the gasoline and air combined is there. Thus, the engine does not perform as expected. Actually, a clogged carburetor causes malfunctioning in a machine.