If you don’t know how to celebrate 50th wedding anniversary with family, consider these five ideas! We will also help you plan, decorate, and decide on the best gift for a golden anniversary party. 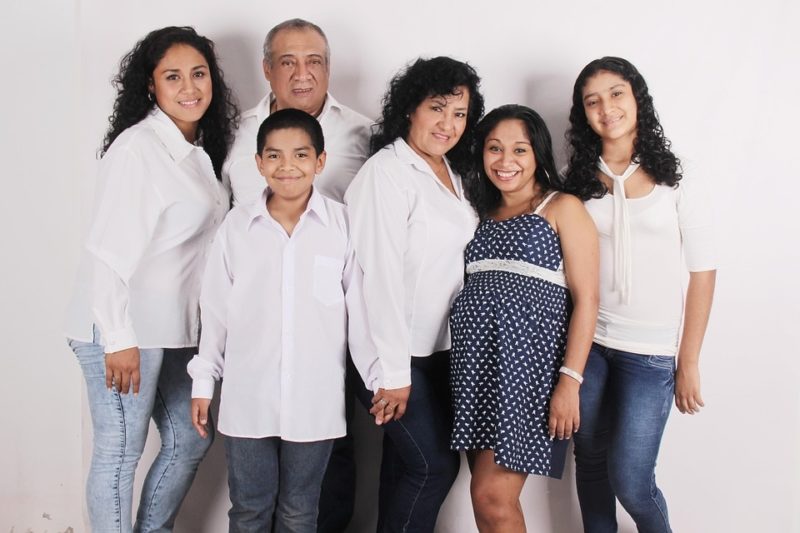 What To Do For 50th Wedding Anniversary: How To Celebrate With Family

Have an intimate celebration

You don’t need to spend a lot and dedicate a significant amount of time to celebrate your 50th wedding anniversary with your family. You might be limited on budget and it’s hard to match everyone’s schedules.

That being said, there’s nothing wrong with having a simple picnic or dinner with the family for your 50th wedding anniversary. Wedding milestones are always a good excuse to bond with your special loved ones and catch up.

There is no better time to have your vow renewal than at your golden celebration. Being married for 50 years is an achievement that’s worthy of renewing your commitment to each other.

You can even read our tips on how to ask a friend to officiate your wedding renewal. Then, select a sentimental location for the ceremony with your family.

Look back on memories

One of the best ideas to celebrate your 50th wedding anniversary with family is to have a private party or sit-down meal where you get to look back on memories. Watch a slideshow with the couple’s best pictures and their favorite songs in the background.

If you’re feeling extra creative, you can even make a short film to recognize their love and commitment to each other. And of course, don’t forget to have their closest family give speeches and talk about their extraordinary marriage.

Wedding anniversaries don’t have to be very formal to celebrate. You can use your golden anniversary part to have games that test the couple’s knowledge of each other.

Your family can also join in these activities and what’s great is you can do them even on a budget. If there are many married couples in the family, you can compete against each other.

Some photo ideas that the couple can try include recreating their engagement or wedding photos. You can even take this opportunity to shoot family portraits.

Typically, the couple’s children celebrating their 50th wedding anniversary will host and plan their party. However, it can also be a gift from close friends or relatives.

However, note that no rules oblige anyone to throw the 50th wedding anniversary. In some couples, they even host and arrange the anniversary party themselves.

How to plan a 50th wedding anniversary party

Formal golden wedding anniversary parties will usually have invitations. However, it’s best to send them as early as eight weeks before the day of the party to help the guests clear their schedule.

You can also send the invites online four weeks before the party, especially if it’s more laid back and casual. If needed, don’t forget to mention the dress code, time and date, and RSVP.

You can find inspiration from other anniversary parties when planning a 50th wedding anniversary. But usually, gold is the central theme, and it can be as intimate or big as you want.

It’s better to incorporate toasts and speeches to the couple and include activities that will take everyone down memory lane as 50 years is something worth looking back on. And of course, don’t forget food and drinks to get the party going.

How to decorate for a 50th wedding anniversary party

What Do Couples Do On Their 50th Wedding Anniversary?

Couples usually go on a trip together or celebrate a party with their close friends and family on their 50th wedding anniversary. Some also donate to a charity special to them, or they’ll buy items for their home.

Some other common things to do include vow renewal, wedding ring upgrade, or a simple date with just the two of them.

What Is The Traditional Gift For A 50th Wedding Anniversary?

The traditional golden wedding anniversary is, of course, gold. You can consider gold jewelry for the wife or a gold watch for the husband.

What to give parents for 50th wedding anniversary

And that’s it! To recap how to celebrate 50th wedding anniversary with family, try a dinner, vow renewal, trip down memory lane, games, or a photo shoot.

Overall, the celebration can be as simple or extravagant as you want. What matters is to celebrate the couple and have your beloved family with you.