You can learn how old is my Bernina sewing machine via the serial number. We’ll help you find it and how to read it in this article. We’ll also discuss specific models of Bernina to help you gauge their age.

Speaking of dating an old unit, do you already know how to use an old sewing machine? You can read our easy-to-follow guide to familiarize yourself with antique and vintage models. 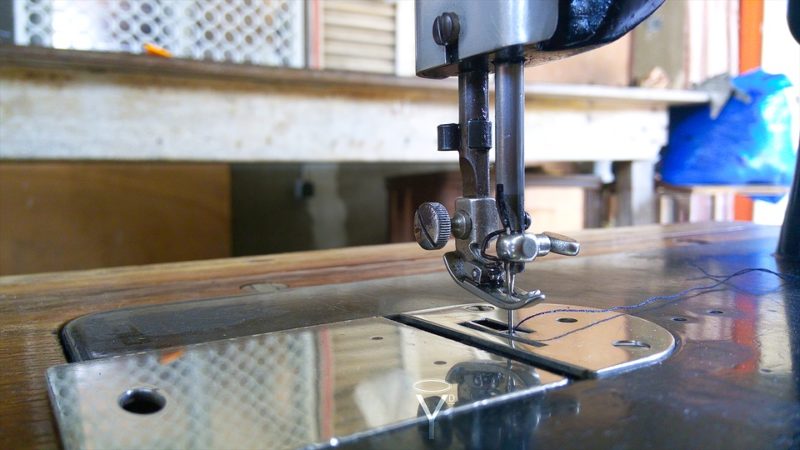 How To Find Out How Old Is My Bernina Sewing Machine

Another way to determine the age or manufacturing year of your Bernina sewing machine is by looking at its serial number. Do not be overwhelmed by several digits since you only need to look at the first two. For example, numbers 50 to 69 mean the manufacturing year was 1950 to 1969, then those numbered 10 to 47 were made from 1970 to 2007.

As for the sewing machine brand itself, Bernina has been manufacturing sewing machines since 1893. You can read about where are Bernina sewing machines made to find out more about the production of the Swiss brand. Did you know that they even have a factory in Asia?

Where Do I Find The Serial Number On My Bernina Sewing Machine?

The serial number on a Bernina sewing machine can be located on the back of the sewing machine, cover over the motor, at the front or inside the right vertical column, or even on the throat of the unit. Of course, you can always post in forums of other Bernina owners, consult an antique shop, or bring it to a certified Bernina technician if you’re unsure where to locate it.

Once you determine the code, model number, machine part number, and serial number on your Bernina sewing machine, you can easily differentiate them and determine the age of your unit. Bernina sewing machines made in 2008 and later are even more accessible to date since they have a code that specifies the specific time it was manufactured. For example, a machine with the number 61/05 on its code will mean that it was made in May 2021, and the year was known since 61 is the number for the year 2021.

How Old Is A Bernina 1130 Sewing Machine?

Reading Bernina history, you will find out that the Bernina 1130 was produced in the mid-80s. It is a milestone for the brand because it is the first computerized sewing machine. What makes it unique at that time was the automatic one-step buttonhole and stitch pattern memory.

How Old Is A Bernina 530 Sewing Machine?

The Bernina 530, 550 QE, and 580 were presented in 2011. They are the 5 series sewing machines that helped introduced the new look for Bernina. This is because they have the new embroidered Bernina logo with the term “made to create.”

How Old Is A Bernina 700 Sewing Machine?

The Bernina 700 was made in 2016, and it was the first embroidery-only machine by the brand. It was an enticing unit to get during the time because of its features like precise positioning and extra-large embroidery area. And in the following year, Bernina launched the 5 series with new embroidery functions.

The Bernina 830 was produced in 1971. It is the first sewing machine with electric foot control, and according to Bernina, it was a best seller for 11 years and has a legendary status to this date. It was the top model in the 70s, which means it’s among the best old Bernina machines to have.

What Bernina Sewing Machines Are Made In The 90s?

The 90s saw innovative Bernina sewing machines such as the 1630 in 1993 and the artista 180 in 1998. The 1630 features over 400 stitch patterns, 16 sewing directions, and 9mm stitch width, which are very advanced during that year. As for the artista 180, it was the first true sewing computer, which means the brand entered the computer age in 1998.

How Long Does A Bernina Sewing Machine Last?

Bernina is among the best brands of sewing machines to get, following the Swiss standard for many years. Depending on the model and how you use and maintain it, you can expect a Bernina sewing machine to last between 5 to 25 years. There was even a model that lasted 50 years, and it was the Bernina 530 Record.

Was this article helpful? We just discussed how old is my Bernina sewing machine, and find out you can use the model and serial number to determine the manufacturing year. It’s relatively simple since you only need to count in your head with the starting number and year mentioned in the article.

We hope this was an easy dating guide for Bernina. Leave us a question below if you have any.