We’ll also discuss how many guests are too many and who is responsible for the guest list. And for the invitations given to everyone, read how to make baby shower invitations for the family and friends of the baby’s parents. 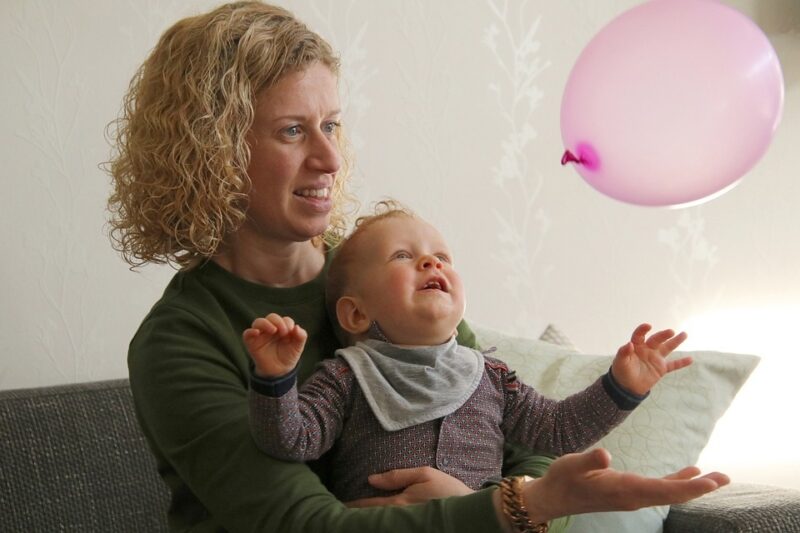 How To Know How Many People To Invite To Baby Shower

A guest list of 15 to 20 people should be practical and realistic for most baby showers. This number of guests would be enough to invite the closest family and friends of the baby’s parents.

But of course, every baby shower is different, and some parties might be grander or more intimate. The mom may want to invite more people who were supportive during pregnancy, or the host’s budget for the party might limit the number of guests to invite.

Furthermore, keep your venue in mind, as the space should comfortably accommodate everyone. The host can always run the guest list to the mom-to-be to check the people invited to the event.

How many people do you know that would be interested in attending the baby shower?

The number of guests attending baby showers will vary as there are big families or small groups of friends. If it’s a co-ed baby shower, there might be more people since the baby’s dad will likely invite his male friends to the event.

But typically, a baby shower has 20 guests. And on the contrary, a baby sprinkle thrown for the second baby will have fewer guests.

What is the maximum number of people that should be invited to a baby shower?

Some baby showers can have up to 50 guests, especially if both parents have their own guests or big families and friend groups. But as the baby’s parents, be aware that someone else is throwing you a baby shower.

You don’t want them to go over their budget uncomfortably. And for the baby shower host, you can always communicate your workable guest list size with the baby’s parents so they can choose the people to invite.

What is the minimum number of people that should be invited to a baby shower?

It’s possible to have a baby shower between 5 to 10 guests. There’s nothing wrong with having a small party with select friends and family, especially if you’re one of those who keep their circles small.

But of course, you don’t want to forget to invite some people that expect to play a role in your baby’s life. For example, it’s the etiquette for the baby’s mom to invite her partner’s mother to the baby shower.

Do Fathers Go To Baby Showers?

It’s common for fathers to attend baby showers as both parents are involved with the pregnancy and raising their kids in modern times. These so-called co-ed showers will have more guests as the baby’s dad might also invite his other friends and family to the party.

It’s up to the couple if they want to have different guests at the baby shower. But of course, the host can always communicate with them if the event can only have a specific number of guests.

What Is A Good Amount Of People For A Baby Shower?

A guest list of 10 to 20 people should be a good number for baby showers. You’ll have enough spots to invite your closest family and friends, and throwing a party of this size wouldn’t be too hard on the host’s budget.

But of course, every event is different, and you can have as many or few people as you want. Here’s who do you invite to a baby shower to get started on your guest list.

How Many Are Too Many For A Baby Shower?

Having over 20 guests can be considered too many for a baby shower, but it’s possible to throw an event with 50 guests. However, remember that you only want the people supportive of the couple’s pregnancy and would play a role in their baby’s life.

You don’t need to invite extended family members you barely talk to or acquaintances you’ve never even interacted with at work. It might be perceived that you’re inviting guests to collect many gifts.

Who Is The Guest Of Honor At A Baby Shower?

As the baby shower host, the guest of honor at the party would be the baby’s mom. The guests of honor can also be the parents in co-ed baby showers, where the dad attends the event.

This is why it’s etiquette not to throw your own baby shower if you’re expecting a baby. And for the host, they can be anyone close to the baby’s parents, like their sibling, mom, or best friend.

Who Is In Charge Of The Baby Shower Guest List?

The baby shower guest list is the responsibility of the party’s host. However, they can always ask the baby’s parents about the guests they expect at the event to know who to include or omit from the list.

Was this discussion helpful? To recap how many people to invite to baby shower, 20 is the sweet spot as it’s not too plenty or too few guests to have at the party.

You can always ask the guests of honor about the people they want at the event, but as the host, communicate if there are venue and budget limitations with the number of guests.