The menorah is one of the most well-known symbols of Judaism, particularly of Hanukkah.

Hanukkah commemorates a historical miracle in which Judah Maccabee and his band of warriors successfully fought against persecution and regained Jerusalem’s, Holy Temple. Today, we will discuss certain questions like how many candles are in a Menorah and many more! 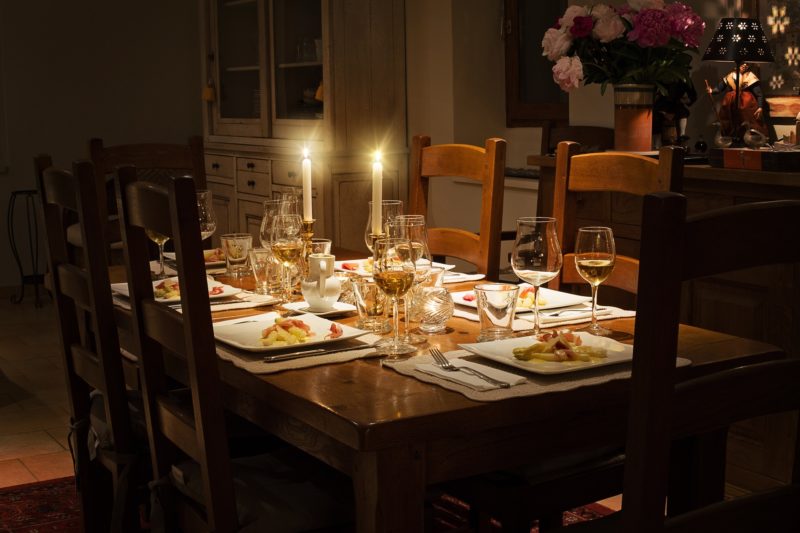 They needed to burn oil in a candelabra, known in Hebrew as a menorah, to rededicate the Temple. They discovered a little amount—enough for only one night—but it magically burned for eight nights. Lighting Hanukkah lights on a menorah is one of the most common ways we remember the miracle today.

What do the Hanukkah candles represent?

The lights we burn during Hanukkah represent the miraculous oil discovered in the Temple. We light candles for eight consecutive nights, with the quantity of light increasing each night. Since it burnt for eight nights, allowing the Maccabees time to locate additional and properly rededicate the temple.

We light one candle plus a “helper” candle known as the shamash on the first night. We light two candles on the second night, three on the third night. Do this until all nine candles are lit on the eighth and final night. This is why Hanukkah is also known as the “festival of lights.”

What exactly is a Hanukkah menorah?

It’s a sort of candelabra that’s particularly intended to carry Hanukkah candles. According to Jewish law, it must have eight precisely matched branches at the same height in a straight line. The branches must be sufficiently separated so that the flame from one candle does not overlap with the flames from the others.

The shamash’s ninth branch should be higher, lower, or out to the side. A Hanukkah menorah is also known as a hanukkiah, though the phrase has just recently acquired popularity. The term’s increased use is likely due to the revival of Hebrew as a spoken language in the twentieth century.

What is the proper way to light a menorah?

On the first night of Hanukkah, we light a candle in the holder to the right. On the second night, we set a fresh candle in place of the first, as well as a second candle to its left. Each night, we proceed in this fashion, putting candles from right to left.

We ignite the shamash and recite a sequence of blessings once the candles have been put. Then, using the shamash, we light the evening’s candles from left to right, starting with the newest one. Candles can be lighted at any time after dark and should be kept burning for at least 30 minutes.

How Many Candles Are In A Menorah?

A total of 44 candles are necessary to light the right amount of candles each night for the course of the holiday. However, most boxes contain at least one extra in case of breakage. An example is the beautiful, dripless candles from Ner Mitzvah.

Why do some menorahs have nine candles while others only have seven?

Menorahs with nine candle branches are only used for Hanukkah. But we understand why we light menorahs during Hanukkah, no one knows when the tradition of using hanukkiahs originated. Though it was most likely at least 250 years after the Maccabees’ victory.

Long before that, a seven-branched menorah was utilized. “It was biblically in Exodus, with a detailed description,” Rabbi Patz explains. The text describes God’s directions to Moses for building the menorah. It includes the beautiful flowers, bulbs, and goblets that should be used to adorn it.

The menorah was constructed in the desert so that the high priest Aaron might light it daily in the Tabernacle. Subsequently, in the Temple. According to some researchers, the branches symbolized six sorts of secular human wisdom, plus one to remind us of God’s importance.

When you light the Hanukkah candles, what blessings do you say?

On the first night of Hanukkah, three blessings are spoken, but only two on the other evenings. They should be uttered after the shamash has been lighted but before the other candles are lit. The first prayer recognizes that God has given us the mandate to ignite the Hanukkah candles.

Where should a menorah be placed?

Aside from asking how many candles are in a menorah, some of you might ask where it should be placed. A menorah should be placed in a window that is visible from the street once it has been lighted. “According to the Talmud, we are required to broadcast the miracle,” Rabbi Patz explains. He goes on to say that ancient rabbis may have chosen to make the miracle of the oil the centerpiece of the celebration.

It is rather than the battlefield success of driving the Seleucid Greeks out of Jerusalem. Also the Temple out of sheer survival. “When the Romans supplanted the Greeks, the Romans destroyed any indication of rebellion.”

It was quite unseemly for Jews to be celebrating a festival. Especially if it is commemorating a victory against the ruler. So they may have switched the emphasis to the miracle of the oil.

Conclusion on How Many Candles Are in a Menorah

The lights we burn during Hanukkah represent the miraculous oil discovered in the Temple. The menorah is one of the most well-known symbols of Judaism, particularly of Hanukkah. Surely this article covers our queries regarding how many candles are in a Menorah and many more! We have more candle articles on our site, so be sure to read those as well.