All living organisms take a definite time to recreate, and one of such info you’ll want to be familiar with is how long does it take for mildew to grow, from spores to full-grown spore-spreaders.

Contents show
1 How Much Time Do Mildew Need To Grow
1.1 What environment allows mildew to grow?
1.2 How can you stop mildew from growing?
2 Conclusion

Most of us know more about flora and fauna reproduction. However, fungal and bacterial reproduction can require us to delve deeper. 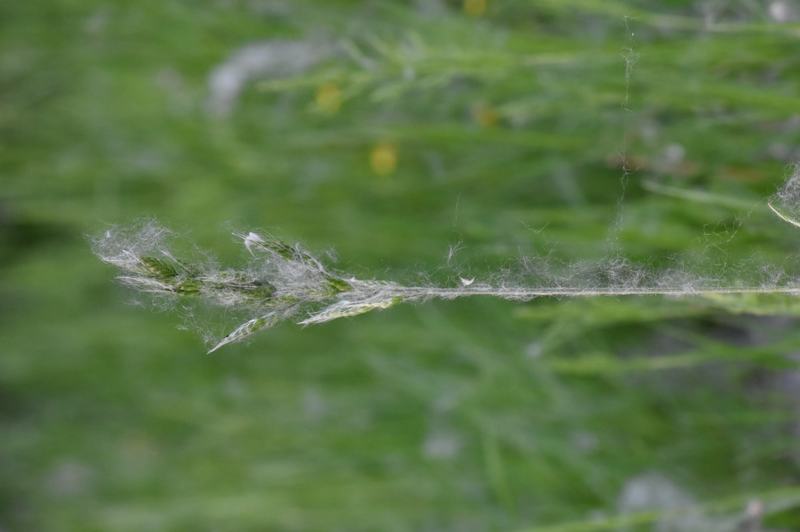 As such, molds and mildews fall in the category that would be typically unfamiliar to us.

Knowing about fungi and bacterial reproduction and growth processes is significant in controlling their spread in and outside your home. It is also crucial to see this information in preventing any future infestation.

How Much Time Do Mildew Need To Grow

Growth of mildew, like in any other fungi, starts with the parent fungus reproducing with spores and these spores taking roots somewhere. According to FEMA, it only takes a day or two for mildew to grow from the moment of moisture exposure.

You may have noticed the words mold and mildew to be used interchangeably; that is because mildew is just a type of mold commonly referring to a white powdery substance that grows on wet or moist surfaces.

On the other hand, Molds is an umbrella term referring to the masses produced by fungi that appear and as hyphae or multicellular filaments. Molds are made by various fungi, where most are linked with food spoilage and organic decay.

Now that you see how molds and mildew compare, you can now picture their similarities in growth; with the spores getting produced, suspended in the air, later landing on something that can decompose, and with enough moisture, start a new colony.

The 24-48 hours, indicated initially, start counting from the moment the spores get in contact with something organic with enough moisture up until the moment that visible filament structures start appearing.

When these structures start appearing, it signifies that the fungi have taken hold and will continue growing as long as a favorable environment continues to be present until it can produce spores. This cycle of growth and reproduction continues, with the fungi’s only goal of continuous survival.

It would be best to use this to your advantage by taking it into your plan of extinguishing any infestation you discover later on; in the same manner, some fungi (Penicillium mold creating penicillin) are commercially exploited.

What environment allows mildew to grow?

If it takes two days for mildew to root, what kind of setup can cater to that growth? For producers who want to control and use fungal reproduction and for you who want to stop and prevent such things from happening, this information is critical.

Another similarity with mold is that mildews require the same environment for continuous survival. There has to be something to eat: that is the organic material, dark with no sunlight, and most of all, damp with a constant supply of moisture.

This is why you would commonly find mold underneath your sink, in a leaking pipe and roof, and even inside your fridge. This is because as long as these requirements are checked, the spores are just waiting to get carried there, and they will start a new problem.

Since mildew prefers organics, one of the things they usually target is wood. Here’s an article on how long does it take for mold to rot wood, in the case you already see large mold masses.

Note, though, that even if you’ve dealt with the mildew and other mold colonies you see, there is a chance that it has already gone and spread its spores. You should check around your home, especially the commonly wet and dark areas if a new mass has started growing.

If you’re worried about mildew or mold has gotten in your place, you can check other unlikely places for them. That would include your dressers, cabinets, and other storage that has anything that can be naturally decomposed inside them.

How can you stop mildew from growing?

If you want to stop mildew from growing, you need to cut off its source of sustenance, just as you would in other living organisms. As in most cases, you can resort to starving them.

First off, you can take their fungi off from the thing they’re decomposing, that is, the wood or any other material they’re latched on. You can do that by cleaning off any visible mold masses with various cleaning methods.

Another option you can try is removing their water source. Fix any pipe or other possible source of excessive moisture, and that will, later on, stop the mildew from growing.

Since we’re speaking of stopping the mildews from growing, that would mean they are already there, causing problems for you to deal with. We have an article here on how to get rid of mold in the yard with accompanying mold prevention tips.

If you want prevention, though, you should consider appropriately coating your natural items and monitoring humidity, water sources, and even food wastes in your place.

Knowing how long does it take for mildew to grow will make it easier to find a solution. There’s also being able to apply knowledge on mildew, molds, and fungi as a whole will allow us to find practical uses for them.