Let this post satisfy your curiosity as it aims to answer your question on “how does water mold reproduce.” That question has a simple answer: sexually and asexually.

We will give you a comprehensive explanation about water molds reproduction. Moreover, you should know what water molds are, the causes of their growth, and the different species of water molds. 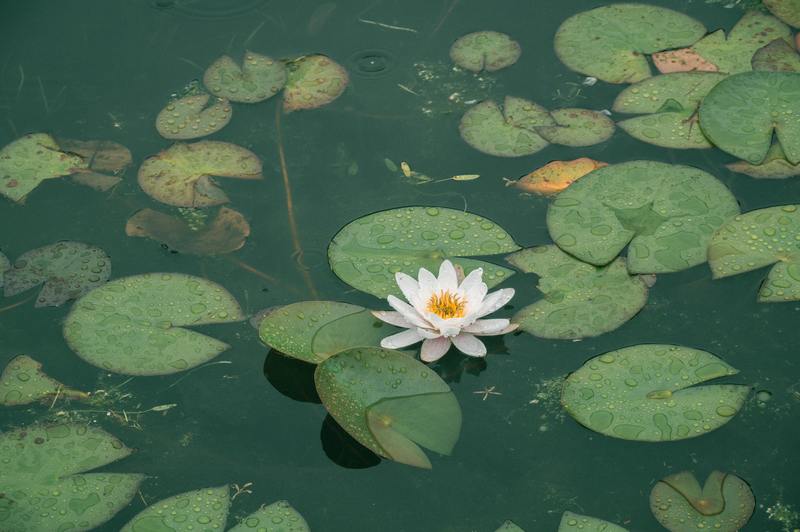 You will also gain new knowledge as you read new tips and trivia about water molds. So, you might as well just continue reading!

What Are Water Molds?

Water molds are considered fungi-like protists that inhabit soil or water. The cell wall of these organisms is made-up of cellulose instead of chitin — which makes them different from a true fungus.

Water molds are considered single-celled organisms. Which means they can fulfill all their life processes even with only just one cell. Microscopically, you will see it with a hairlike structure that came from sporangia.

That’s just a brief description of what water molds are. Now you must familiarize yourself with the different types of water molds.

Moisture and humidity are the main factors why water molds develop. Spores survive because of these two factors and later on become intact.

Water molds, of course, can be seen in areas where there is water like in an unmaintained pool area and misty garden. If you have a problem regarding the former, you can visit this link to know how to get rid of water mold in the pool.

What Are The Species Of Water Molds?

There are two prime species of water molds. The first one is oomycetes and the other is called chytrids.

Oomycete is a type of water mold that prefers to live in an aquatic environment, unlike chytrids that inhabit moist soil as well. Something usual about the two is that they both thrive in decaying animals, plants, and parasitic foods.

In number, there are about 900 species of chytrid. On the other hand, 800 oomycetes species act as decomposers — that’s a lot!

Asexual and sexual reproduction is both possible for water molds. It just varies because of the species and the factors that are necessary for the reproduction process.

Sporangium is a structure that produces spores, which plays a vital role in the asexual reproduction of water molds. For your reference, most molds are initially just molded spores that later on develop.

Going back, spores that are being build-up are specifically called zoospores. They vary as kidney-shaped and pear-shaped.

These zoospores need flagellum for them to move. They also use surface water like dew on plants and rain for locomotor movements.

When it comes to the sexual reproduction of water molds, a different kind of spore is responsible. That spore is named oospores — the sexual spores.

Oospores are spherically structured so that they will be able to survive different environmental conditions. These are also double-walled.

Did you know that water mold caused notable diseases in history like the following listed below?

This oak tree disease affected the forestry of Oregon and California. That was the first experience in the 1990s that killed oak tree species.

This disease caused a tremendous potato famine back in the 1840s. The potatoes that were affected were described as water-soaked and small but eventually expanded and leaves became dangerous.

Downy mildew of grapes was another disease caused by water mold. Grapevines got severely affected and soon resulted in crop loss.

Water molds are different from true fungi, but they have the same causes as other molds. It has two main types, which are the chytrids and oomycetes.

Water mold reproduction happens in different ways: sexual and asexual. The former is possible because of oospores while the latter is because of zoospores.

Hopefully, this article has sufficed your interest on “how does water mold reproduce.” Make sure to treat this issue right away by taking the right steps.